With a request from actress, Angela Peters, to create a portfolio of cinematic images with a dark action based feel, I trundled the kit down to Moseley Bog (a beautiful nature reserve where Tolkien took inspiration for the Shire in his books, The Hobbit and The Lord of the Rings) to have my first bash at shooting day for night.

It’s a pretty straight forward process. Simply set the aperture and shutter speed to underexpose the environment to the degree you like and then adjust the flash light until the subject is lit as desired. As the exposure for the ambient light is fixed, any changes to the exposure of the subject should be made by altering the light outputs, not by altering the camera settings.

Fellow tog, Lucas Brodowicz assisted with the lighting, and tricker friend, Jay McCormick, was our stand in model for our brief test shoot.

We shot for about an hour and a half using 2 lights on spill dishes at about 4pm in the afternoon. I’m not sure how I feel about the shots – I would have prefered to shoot on snoots however the light wasn’t reaching the photocells to trigger both flash heads and with my Twinlink radio triggers getting repaired I was forced to shoot with a cable. Once my triggers are back in tow I’d like to try out lighting the scene again using snoots instead.

Anywho, here are a few shots taken t’other day. Nothing has been edited on the main images to give you an accurate idea as the lighting we were playing with. 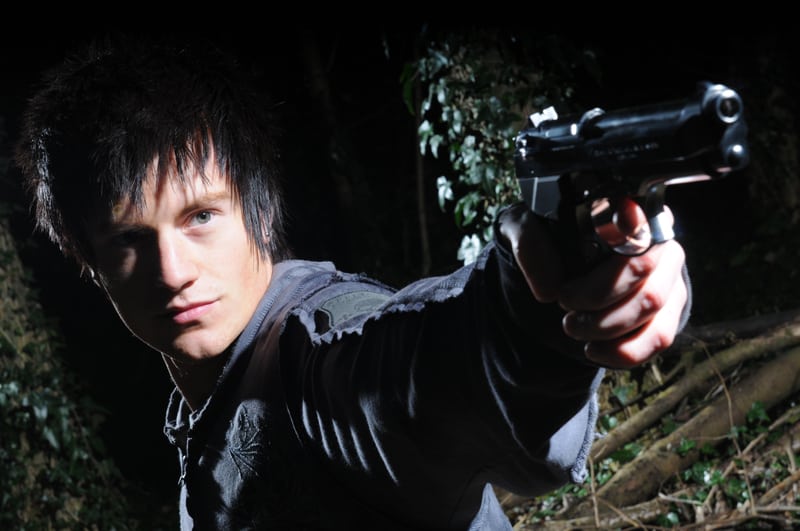