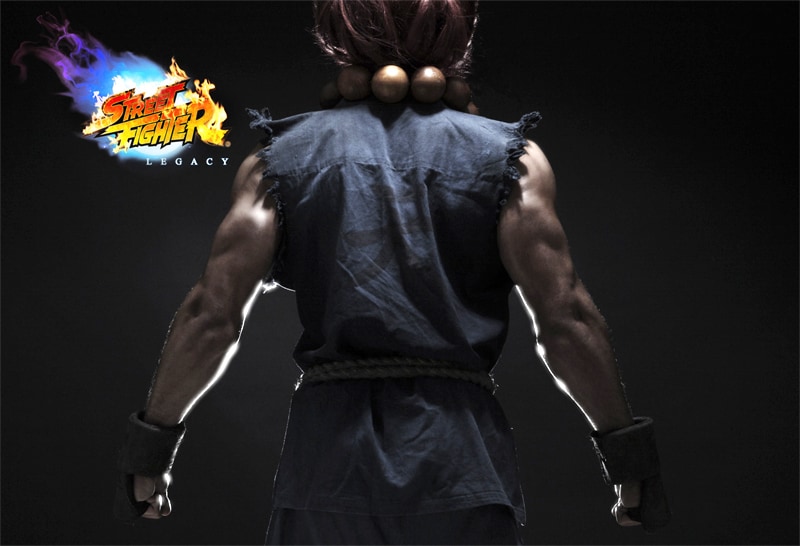 By now, I’m sure most of you have come across the ultimate fan short that is Street Fighter Legacy. If you haven’t, check it out:

SFL is the brain child of actor, film maker and action choreographer, Joey Ansah. Along with long time friend Christian Howard, who helped write the script as well as take on the role of Ken, the pair have created quite frankly the best screen adaptation of Capcom’s cult classic beat-em-up.

What makes the £150k 3 minute short so sweet is the passion that has clearly gone into it. Being true fans of the game, the attention to detail given by Ansah in the creation of SFL has left even the most avid fanboys raving and craving more. Coming in at just shy of 2 million views in just 2 months of the short appearing on YouTube is surely a testament to its viral success.

Everything from the score, wardrobe, choreography and even the eyebrows come straight from the game without any Hollywood embellishment or bastardisation as we know them so well to do (look at Van Damme’s 1994 feature)! With such a huge fanbase, anything less than a true-to-game production simply would not satiate the fans looking for a real life representation of one of the most successful games ever made.

This said, SFL isn’t just some testosterone filled fight fest appealing only to those already a fan of the genre – it’s a work of art in itself. The quality of the filming is spectacular and the cinematography is absolutely breathtaking. The production creates an amazing atmosphere with fantastic lighting and superb use of what would otherwise be pretty bland scenery. A particular detail I loved was the constant falling of autumnal leaves around the fighters, reminiscent of scenes in Yimou Zhang’s Hero.

With such an overwhelming response from fans, critics and everyone else who seems to have stumbled upon the gem, it’s hoped that Ansah will be able to take the short one step further and get Capcom’s backing for a full length feature and show movie-goers just how spectacular a fan made film can be.