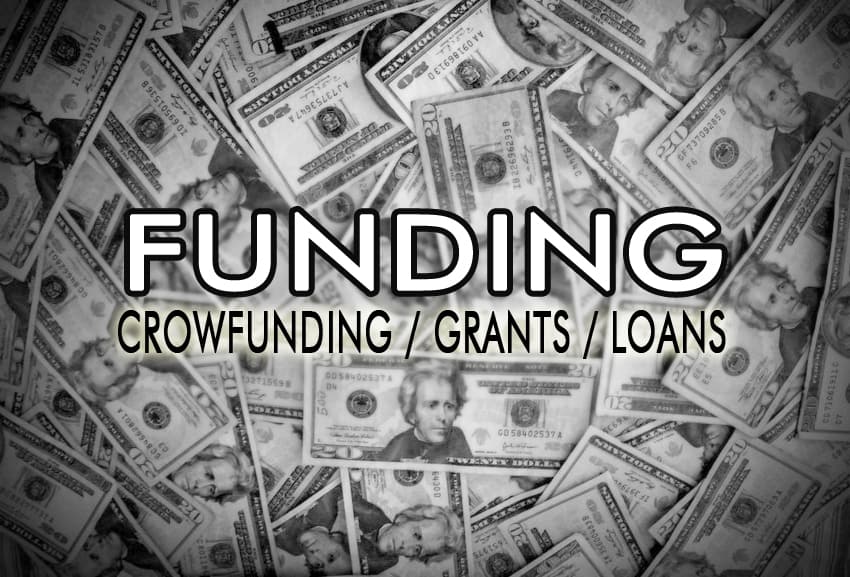 Funding is always a difficult part of the filmmaking process, especially for independent producers and start-ups. Creative England have very helpfully created a list of resources to help you meet your film funding needs, whether through loans, grants or other investment options.

Or why not try and crowdfund your project through websites such as Kickstater, Indiegogo, Sponsume and Wefund?

Crowd funding works on the idea that many hands make light work: lots of little donations adding up to become a large budget to help you make your project happen. Not just restricted to film projects, crowdfunding has helped a range of individuals and companies launch their ideas from large scale festivals, to new inventions, board games and arts performances. Kickstarter alone has claimed to have launched over 3000 film projects and with an estimated 700 crowdfunding platforms out there, there are a plethora of ways to help you raise finance through crowdfunding.

The most successful crowdfunded projects are those that engage their audience – you could have the best idea in the world but unless you get the world buzzing with interest, no one will hear about it.

Social media sites such as Twitter and Facebook can be used with great success to not only help spread the word about your campaign, but also engage them through social interaction by asking questions and generating polls; all of which help you gather feedback to assess what the world likes about your project and what you could do to improve its likeability and chance of securing more funding.

Make the most of image and video sharing sites such as YouTube: uploading a team photo or concept art not only lets your audience put a face to a name, but also gives them a clear idea of your vision. Why not make a video pitch? Let your passion for your project show with a video address to your audience about just why they should donate to your project. Not only this, but by having your images and videos hosted on sharing sites, it increases your exposure by enabling more people to find your project. If you want help with your concept art, promotional photography or video pitch, drop me a message via [email protected] and see how I can help!

As we all know, it’s not often you get something for nothing. Other than the completion of your amazing idea, offer backers rewards for their support. Depending on their level of donation, why not offer them a sliding scale of goodies in return for their hard-earned cash? This could be anything from props used in filming; limited editions of the final film or product; exclusive content or access to launches and premieres.

Whatever your means of raising finance, keep your public engaged through the entire process so by the time you are ready to release your project to the world, there is already an audience buzzing to see it!